We're on the way home now after a great start to the event! We met up with a load of really awesome people including Dave from Blockships and we got to play the latest update of the game, including some fancy new graphics! We also met with Becky and Stevie over at the SpecialEffect and caught up with everything they've been up to recently, it was awesome to catch up and we look forward to seeing them again tomorrow.

We also met up with the Coatsink team and played a few of their new games including Clusterpuck99. Certainly a lot of fun and we would firmly recomend you give it a go if you're interested, certainly best played with friends!

We're all fairly tired now, we've got a fair bit of traveling left to get back to base tonight, and then we'll be doing it all again tomorrow! On that note, we shall sign off and you can catch us here tomorrow morning live for the final day of EGX Rezzed 2018!

Our team have just checked in at the Tobaco docks in London, United Kingdom for EGX Rezzed. We are just getting things in order and will be out and about on the show floor shortly. Keep an eye here and on Twitter for our show coverage! 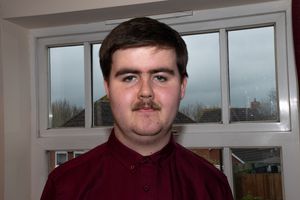