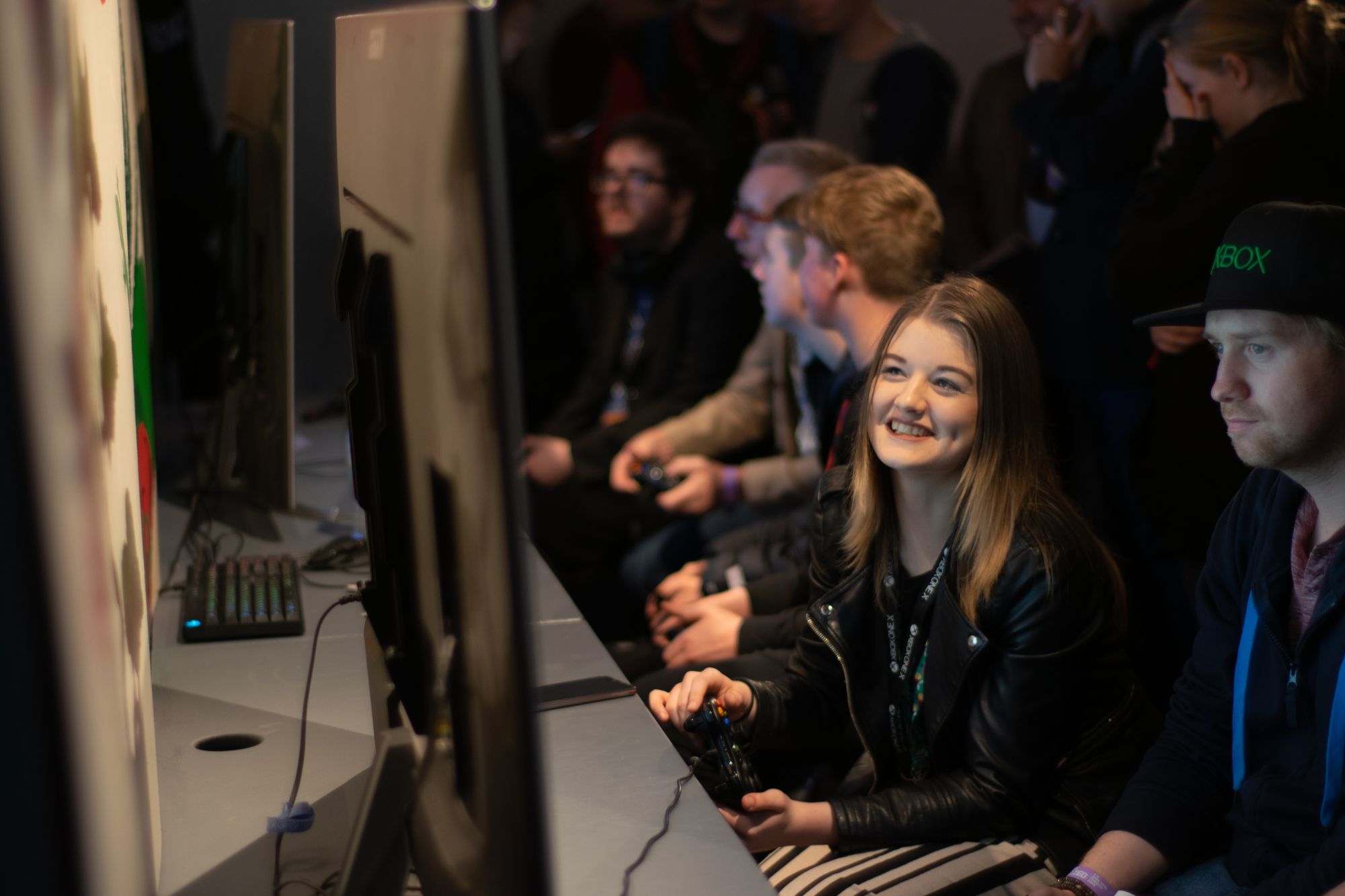 The Atlas team were down at Tobacco Dock for this year’s EGX Rezzed. This is the smaller brother of the Main EGX event later in the year and helps provide a platform to smaller developers and publishers looking to bring their game to players and press. You will also see some bigger names and publishers showing their own products and helping to bring forward promising new Indie games. Examples of this was the strong presence of ID @ Xbox and the Xbox Game Pass, showing Microsoft’s shift to bringing Indie games to the casual presence. Also around we’re publishers like Devolver Digital, Nintendo Switch and also Epic Games with their Unreal Showcase, presenting Indie games running on their mighty Unreal Engine 4 despite the company being a hot topic in the gaming community at this moment.

There was also a large show floor for a whole host of Indie games covering many genres and themes for people to explore and learn more about, games such as Warhammer: Vermintide 2 and Phoenix Point among a whole host of others. Around the edge was merchandise you could buy, including official EGX Merch.

Another main attraction of EGX was the developer talks, allowing you to find out some more about that specific game such as Anno 1800 and Life Is Strange 2. Also, around were meet and greets mainly with members from Eurogamer and YouTube channel Outside Xbox.

To finish off, EGX Rezzed 2019 showcased some great games from small developers, helping to bring these games closer to the mainstream and bring a bit more attention towards them.